* For icons & graphics go to

- Just one more piece of advice.
- I know, I know. Don't get in any trouble.
- Wrong! Get into trouble. Make mistakes. Fight, love, live.

ASKDHASLDAS I'M SO EXCITED ABOUT THIS!!
I love the musketeers!! I've watched every adaptation I could find and It's one of my favorite books of all times :D :D
I still remember when I read the first book, I was in school and had exams, so I would finish studying as quickly as I could so I could keep on reading :'D
I need to read the books again ♥

夢は見るだけじゃ実現しない！！ そして先ずは出来ると思わなければ物語は何も動き出さない！！！
Just watching from the sidelines won't make your dreams a reality!! And your story won't progress if you don't first believe that you can make it happen!!!

Today, everyone around me told me they had a terrible day. But it was a pretty good one for me :3

We ended classes a little earlier than usual, so I went to the comic book store (where I bought Shaman King 2 & FullMetal Alchemist 7) and then I bought paper and stuff I needed for a college assignment. Then I came back home, and when the lady that works at our house left, I started working on it. I'm reeeeeally happy with how it came out! so let's wait and see what my teacher thinks of it :3

When I finished, I watched the second episode of Almost Human (I watched the first one yesterday). I really really liked it, and I'm actually looking forward to more episodes. I really like the character of Dorian, and I didn't know Minka Kelly was in it! One of my favorite tv series is Friday Night Lights, and I haven't seen her since, so it made me happy seeing her in Almost Human :)

Aaaand, I just finished the main story of Assassin's Creed IV! I think it's the game that took me the longest to finish; at the end I just wanted to see how the story ended so I skipped all secondary missions \o/ So I still have a lot of those to do, and a lot of collectibles to find.
There was a point in the game where I was getting a little tired of doing the exact same thing you do in every Assassin's Creed game. Even though the enviroment is amazing, and the game has some fresh features, it's still the exact same mechanic as always.
Every review I've seen criticized the story, but, to be honest, I really enjoyed it. It doesn't "attract" as much as others I guess, but it was fun and I really liked the characters, especially James Kidd and the assassins. For the entire game I wasn't sure I entirely liked Edward; sometimes I really liked him, others I just wanted to punch him. But, at the end, he really becomes and amazing character, and I wanted that to last a little longer, but then the game ends shortly after. It didn't bothered me that much but, oh well. I enjoyed the ending, it was cute :3
As for "the present storyline" I also enjoyed it, and I liked the easter eggs and little hints, but I wished there was a little more. There are a few things you can deduce from everything you see, but I'm really interested in how they'll tackle the next part. I guess we'll have to wait and see.

So, yeah. It wasn't perfect, but at the end I really enjoyed it :3

Aaaaand, I think that's it!
I'm almost finished with classes, I can't wait to finally be done. I'm getting tired, I just want holidays :C

Okay, I was gonna write this tomorrow when I get home with my computer, but I can't sleep and I'm hungry since I haven't eaten anything since lunch, soooo, yeah lol

The concert was amazing. I couldn't believe I was seeing them live when they first came out. I got an amazing spot on Uruha's side, and I got a pretty good view of all the stage.

First, the boys. Uruha is incredibly beautiful. You could think it's makeup, photoshop or the "video/pv magic", but no. He is the most beautiful person I've seen in my life, really. I couldn't take my eyes off him at first, but the one who totally stole the stage was Ruki. You can't stop centering your attention on him. Now I know what people say, you're looking at him even if you don't notice it. Aoi was in a great mood, especially after a few songs where he saw how people knew the lyrics and sang along. He threw a lot of kisses at the public and danced quite a lot. Reita seemed to have a lot of fun, also. He has this like "low profile", but I centered my attention a few times on him, and he's amazing. He came to the center of the stage a few times, and I almost died at his solo in Ruder *a* he also did his dance and spinnig at the end, where he came dangerously close to Uruha lol Kai is the one I saw the least, mostly because the smoke didn't let me see well. But he has the sweetest smile ever, and he's a beast at the drums. I already knew, but watching him have a lot of fun playing was amazing *3* He didn't stop smiling and singing along :3

What I liked the most was seeing their faces when they could hear people singing along, waving their arms, head banging and calling their names. You could see their smiles and their approval look ;3; Uruha smiled when the people on his side cheered for him, Kai also smiled and sang along, Aoi totally loved it, especially when Filth in the Beauty started playing and everyone sang along.

For the encore, they played Shiver, Ruder and Linda. The crowd totally sang along and waved their arms, and the boys were really happy C: Aoi came out wearing the Argentina t-shirt, danced a lot, smiled a lot and even showed his tattoo (on his left arm/shoulder, the sun-like symbol like on his twitter background). Kai came out filming a little, and wearing a towel on his shoulders. They had such an energy, and they smiled a lot ;3;

As for fan service, Ruki and Uruha did their part in Hyena, while Aoi and Reita played wih each other quite a lot during different songs. I think it was on Linda, where Uruha was playing at the center of the stage, but Aoi wanted the spotlight, so he went there and they ended up playing together \o/

I'm sure I'm forgetting something, but it was amazing, and they looked like they were having a lot of fun, which made me incredibly happy ;3; especially after hearing the crowd sing along and seeing them jump and wave their arms <3

Ruki said a few words in Spanish, and repeated "gracias" (thank you) a lot. Aoi kissed the Argentina t-shirt while wearing it, and danced like in a tango lol

So, yeah! That's all I can think off at the moment. I had such a great time, and they gave so much energy ;3; My legs hurt and I'm still getting my hearing back, but it was so worth it.

The GazettE, thank you <3

EDIT: I didn’t talk about the setlist before mainly becuse my memory is a little fuzzy and I can’t remember the order orz

But, they did change the setlist a little comparing to Mexico and Chile. They played Derangement, Vortex, Hyena, The Suicide Circus, Filth in the Beauty, Headache Man, Agony, Clever Monkey, Untitled, Dripping Insanity, Venomous Spider Web, Gabriel on the Gallows, Sludgy Cult (not in that order)... and I hope I'm not forgetting anything orz. The encore was Shiver, Ruder and Linda, in that order :3

I didn’t talk about the goods either, because once I got inside the venue, I just wanted to get a good place and I went right past them LOL I don’t know how many they were selling or the prices, either (if I get to know it later, I’ll post it!).

I had a pretty nice day on saturday. My mom and I have been going to the town centre these past weekends; we eat out, go around and sometimes buy stuff. Last saturday I had a little more money and finally bought The Last of Us! :3

I just finished it a couple of hours ago and... holy damn. This game is a masterpiece. It definitely is in my list of games everyone should play at least once in their life. It succeded in making me care about these characters, about the story, it made me feel everything they were going through, and it made me get so into it like few videogames have ever accomplished. It gave me so many feelings, I teared up in a few scenes, covered my mouth because of what was happening, and I even cried at the end. Yep.

The story per se is not really that original. The world is going through a zombie-like outbreak and a little girl is the only hope. But the situations, the characters (and their development), their relationship, everything is so perfectly portrayed. The story is also really hard, tough and brutal, but that's what makes it believable and so human.

On the technical side, it looks amazing. The graphics are so so good, the enviroments are really detailed and beautiful, the characters move so fluid, their expressions are so vivid.

The Last of Us is definitely one of the best games I've ever played in my entire life. It truly is an amazing experience; a hard and tough one, but an amazing one. I'm really glad I got to experience such an amazing story and got to know these incredible characters. 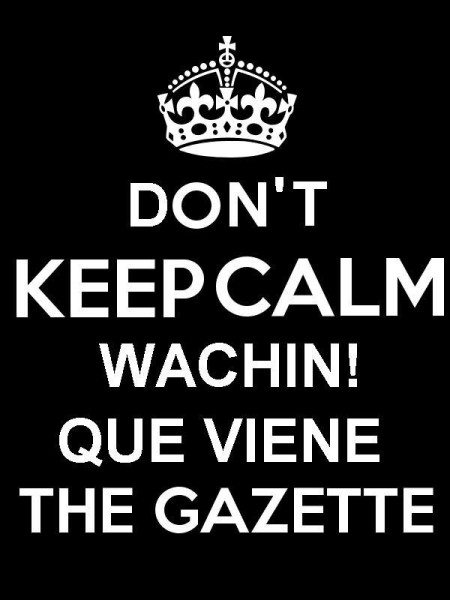